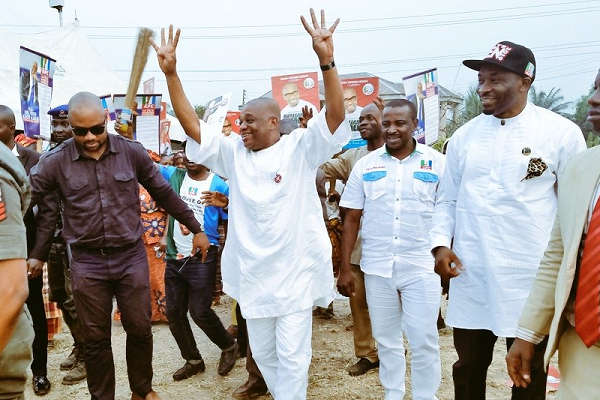 The former governor of Abia State, Senator Orji Uzor Kalu, who was sentenced to 12 years in prison for fraud has been released from prison.

The former governor was jailed for stealing N7.65 billion while he was the state governor along with his firm, Slok Nigeria Limited, and his then Commissioner.

Orji Kalu regained his freedom after the Federal High Court sitting in Lagos ordered his immediate release from prison.

The High Court on Tuesday ordered for the immediate release of the Senate Whip from detention following the nullification of his sentence by the Supreme Court on May 18.

Earlier today, Department of State Security, Policemen were sighted at entrance of Kuje Correctional Center to escort Senator Orji Kalu out of the prison.

Our correspondent gathered that Policemen, DSS were stationed at the entrance of Kuje Correctional center in Abuja with four hilux to escort Senator Orji

A credible source said, “Orji will be leaving the prison with four hilux loaded with Policemen and DSS.”
It could be recalled that Federal High Court on Tuesday released Senator Kalu from prison.