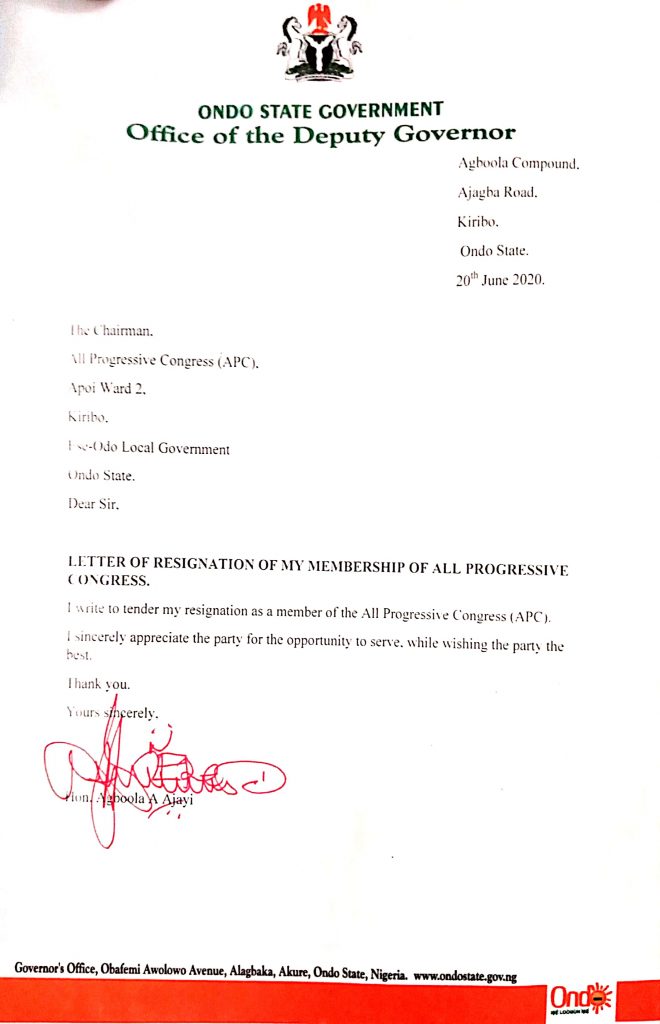 The Deputy Governor of Ondo State, Hon. Abgoola Ajayi on Sunday formally withdrew his membership of the All Progressives Congress, APC.

Ajayi who tendered his resignation letter to the Chairman of Apoi Ward 2, Samuel Ajayi and David Turo, the ward Chairman of his hometown of Kiribo in Ese-Odo Local Government Area of Ondo was welcomed into the PDP fold shortly after denouncing his APC membership.

NEWS DIRECT had exclusively reported that in the past days, Ajayi had been meeting with party leaders over his planned move to the PDP.

The resignation of the Deputy Governor was in preparation for his formal defection to the PDP at the State secretariat in Akure with the National Chairman, Uche Secondus and other PDP stalwarts set to be in attendance.

The defection of Ajayi confirmed months of speculation of the frosty relationship with his boss, Governor Oluwarotimi Akeredolu.

Recall that less than 24 hours ago tension heightened in the state when the deputy governor was prevented from leaving the Government House over allegations of looting by his aides.