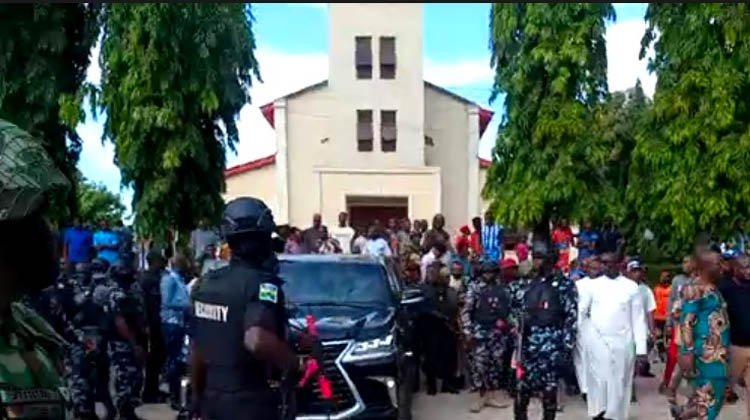 The Minister of Interior, Rauf Aregbesola, disclosed this to State House correspondents, shortly after the over three-hour council meeting presided over by the President, Major General Muhammadu Buhari (retd.), at the Council Chambers of the State House, Abuja.

Aregbesola, who spoke in the company of the Inspector General of Police, Usman Baba, said security agencies are closing in on the perpetrators through their traces.

According to him, the council is gravely concerned about spate of blasphemy-linked killings and has directed security agents to hunt those behind the killing of Deborah Samuel in Sokoto State and a more recent case in Abuja.

He, however, noted that the police have arrested no one for the attack since Sunday.

The minister also debunked notions that the attack carried an ethnic-religious tint.

Aregbesola said the council has made adequate security preparations for the June 18 governorship election in Ekiti State.

Those who attended the security meeting were Vice President Yemi Osinbajo, Secretary to the Government of the Federation, Boss Mustapha; the Chief of Staff to the President, Professor Ibrahim Gambari and the National Security Adviser, Major General Babagana Monguno (retd.).

Just in: Gunmen kill another six persons in Ondo