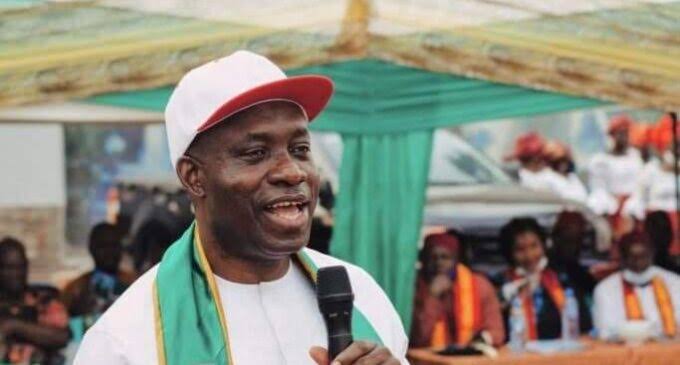 The Independent National Electoral Commission has recognized Chukwuma Michael Umeoji, a member of the House of Representatives, as the All Progressives Grand Alliance’s flagbearer in the Anambra State governorship election set for November 6.

Andy Uba, who won the disputed All Progressives Congress primaries, was also designated as the party’s candidate by the panel.

Festus Okoye, the National Commissioner and Chairman (Information and Voter Education Committee), made the announcement during the committee’s meeting in Abuja on Thursday.

Valentine Ozigbo, the Peoples Democratic Party’s nominee, was also eliminated by the commission in a judgment released on Friday.

The decisions, according to Okoye, were based on INEC’s compliance with court orders relating to political party primaries and other election-related processes.

According to THE PUNCH, APGA was mired in a leadership crisis ahead to the primary elections, with two groups vying for domination.

While the Victor Oye-led group ran the primaries that produced Prof. Charles Soludo, the former Governor of the Central Bank of Nigeria, the Jude Okeke faction ran the primary that elected Umeoji as the party’s candidate.

In addition, a Federal Capital Territory High Court in Abuja on Thursday ordered INEC to halt its efforts to publish any name as a governorship contender.

Justice Yusuf Halilu, in a ruling on an ex parte motion brought by one of the contenders vying for the PDP ticket, asked INEC to maintain the status quo by not naming a candidate for the party in deference to the ongoing processes.

“Order that all parties to this suit be put on notice, and I also further order that status quo shall be maintained by INEC by not publishing the name of any candidate as governorship candidate of Peoples Democratic Party pending the hearing and determination of the motion on notice,” the enrolled order of the court read in part.

Both are vying for the party’s governorship ticket in Anambra State, which will be held on November 6, 2021.

But, according to Okoye, the commission will continue to function in accordance with the constitution and the law, as well as the judgments and decrees of the courts.

According to the list, the November election will feature 18 political parties and candidates.

The candidates’ personal details, according to Okoye, would be placed on the Commissions Notice Board in Awka, Anambra State.

Anambra 2021: I Will Contest And Win Overwhelmingly – Soludo