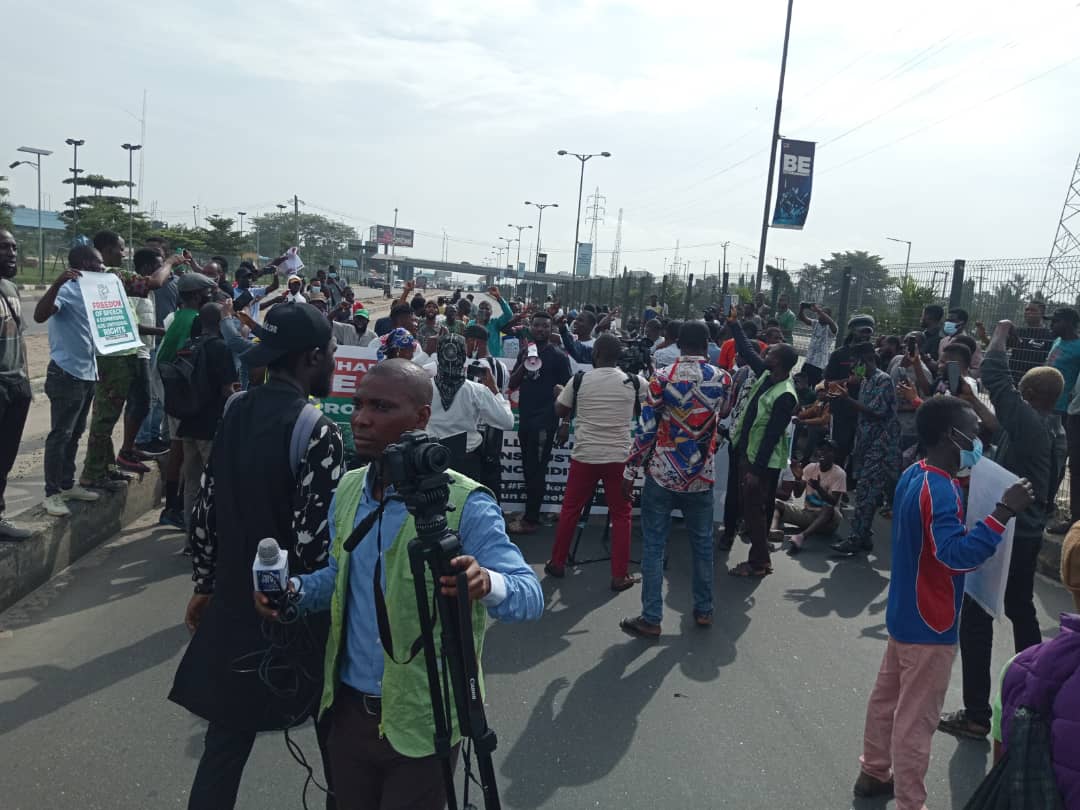 Activists and revolutionaries in Nigeria have declared plans for a nationwide protest on October 1.

According to a statement from the Coalition for Revolution, the protest is required by nine demands.

Among their demands is that those who died during the #EndSARS protests be recognized as national heroes and that a national apology be issued.

They claimed that the dictatorship of Maj Gen Muhammadu Buhari (retd.) has brought the country’s ruling class’s “incompetence, corruption, and oppressive tendencies to the pinnacle of infamy.”

They also lamented the fact that tens of thousands of people had been laid off, with many more facing wage cuts.

“Farmers cannot access seedlings and other agricultural inputs. Traders and other informal economy workers have no access to credit.

“The country’s public health and education facilities are in terrible states. Doctors are on strike; other health workers are warming up for a strike. And university teachers are also likely to go on strike soon. All these are because the regime refuses to respect collective agreements reached with their unions.

“Even our very lives are now jeopardy. Physical insecurity has also become the order of the day. More than 4,000 people have been killed and at least 3,100 kidnapped this year alone. Several families have become bankrupt as they sold all they had to pay kidnappers,” they complained.

The demands for the #1stOctoberProtest are as follows:

• Reinstatement of all sacked public sector workers, reversal of salary cuts in both the public and private sector, and provision of needed credit for small businesses in the informal economy to get back on their feet.

• Full respect for the constitutionally guaranteed freedoms of expression and assembly. The immediate release of all detainees and prisoners being held for participating in peaceful protests or exercising their right to free speech.

• Recognition of the #EndSARS rebellion’s martyrs as national heroes, with; their names immortalized, the regime’s unreserved apology for killing them, and compensation paid to their families.

• Full implementation of the outstanding Memoranda of Understanding and all other collective agreements reached with the National Association of Resident Doctors (NARD) & Joint Health Sector Unions (JOHESU).

• Implementation of the N30,000 national minimum wage in all states and private companies as stipulated in the 2019 National Minimum Wage Act. And the immediate commencement of a negotiations for an upward review of the minimum wage with the trade unions, with the institutionalization of annual increment linked to increases in the cost of living.

• A massive youth employment program, which will not be based on party patronage as both PDP and APC have done. This must be designed and governed by the youths organized independently in their communities, in collaboration with trade unions in the different sectors of the program.

• Paid 12-month maternity leave for all working women and childcare support allocation for all children under the age of five, pad to their mothers regardless of status

• Safeguarding the lives of the poor masses against bandits. All sponsors of banditry and insurgency in government and private business must be identified and brought to book.