The Governor of Kano state, Abdullahi Umar Ganduje has sacked a commissioner in the state for rejoicing over the death of President Muhammadu Buhari’s Chief of Staff, Abba Kyari.

Ganduje on Saturday sacked the Commissioner for Works and Infrastructure, Muazu Magaji for jubilating over Kyari’s death on Facebook.

This was confirmed via a statement signed by Muhammad Garba, the state commissioner for information. Garba stated that the removal of Magaji was in line with the laws of the state.

“The action of a public servant, personal or otherwise reflects back on the government and therefore, the Ganduje administration would not tolerate people in official capacities engaging in a personal vendetta or otherwise,” the statement read.

The statement praised the late Kyari adding that he lived a life worthy of emulation. 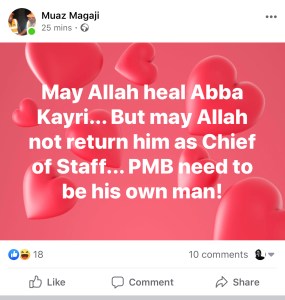 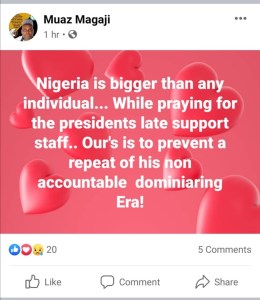 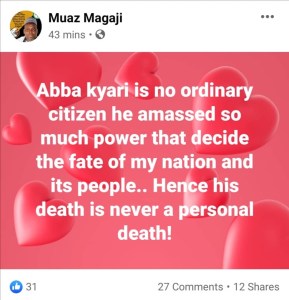 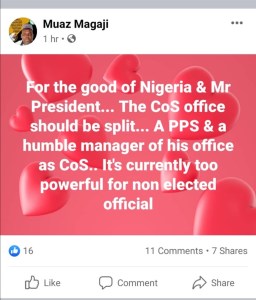 11 Things Wrong At Abba Kyari's Burial Including A Shallow Grave