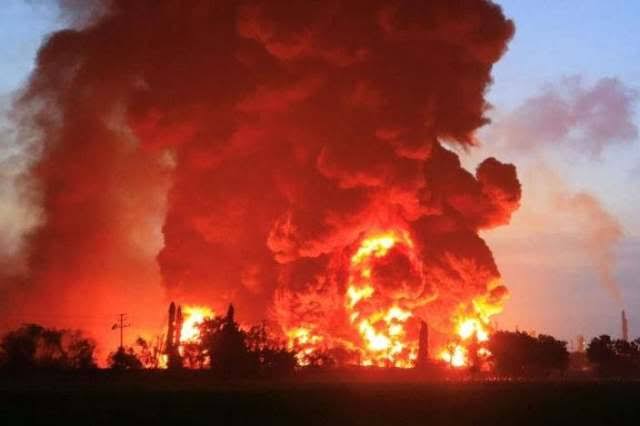 The Lagos State Fire Service is currently battling an inferno that broke out at the spare parts sales line, Alapeju sector of Ladipo Market, Mushin, Lagos, on Sunday morning.

The cause of the fire had not been determined as of press time. Several things worth millions of naira were claimed to have been damaged in the fire.

Amodu Shuabu, a spokesman for the state fire department, verified the incident and said attempts are on to put out another fire at 36, Abeokuta Expressway, Cement, Dopemu, Lagos.

Shuabu, on the other hand, urged residents to keep the calm as attempts are made to put out the blazing fire.