Dorathy, who emerged first runner-up in the just concluded reality show, was rushed to the hospital Friday morning.

Her sister, Cynthia Bachor confirmed the development in a tweet Friday afternoon.

She revealed that Dorathy broke down and was rushed to the hospital for treatment.

“Rushing her to the hospital in the early hours of today is definitely the scariest thing that ever happened to me.

“Pray for my baby to be back on her feet soon. Thank you guys for all the messages,” she tweeted.

The news of Dorathy being hospitalized comes as fans complain of her absence from a media rounds earlier today.

From the pictures circulating on social media, Dorathy is receiving a drip at the hospital. 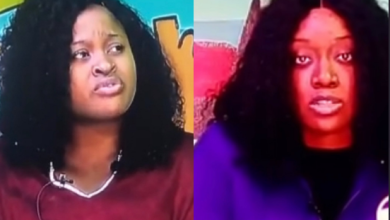 Featured Posts
2023 Elections: Only A Candidate Who Isn’t Affiliated To Any Sect Can Solve Nigeria’s Problems – Accord Party Presidential candidate, Prof. Chris
41 mins ago