The Dowen College Parents’ Forum in Lagos State has demanded an overhaul of the school management and hostel teachers as well as the installation of Closed Circuit Television cameras in the school as the death of 12-year-old student, Sylvester Oromoni, continues to gain prominence nationwide. 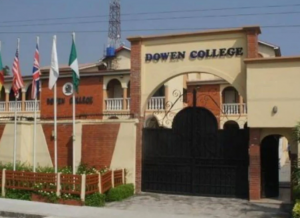 The parents’ forum, which condemned the death of the student, said a candle light procession would be held for him on Wednesday.

In a release obtained by SaharaReporters on Tuesday and signed by Aituaz Kola-Oladejo, Waheed Adeoye, Oluwaseun Bolanle Ajila and Kingsley Kema Agu, the parents stated that what happened to Sylvester “could have happened to any other child in the school.”

The forum said, “Dowen College Parents are startled and deeply saddened by the unfortunate incident that led to the death of Sylvester Oromoni. Our hearts go out to the family of the deceased and pray that God gives them the strength to bear the irreparable loss.

“As parents of Dowen college students, we are still in shock and could not come to terms with this incident and the accounts so far provided by the school,students, and the media.

“We urge the school management team and other stakeholders (students and parents directly or indirectly mentioned) to fully cooperate with the authority in the ongoing investigation. While we would have loved to bring Sylvester back if humanly possible, unravelling the cause of Sylvester’s death and bringing whoever was responsible or might have contributed in whatever way to book,will not only bring this unfortunate incident to a closure for the family, but this will also serve as a deterrent to others in all schools in Nigeria.

“We therefore say justice for Sylvester, is justice for all. On our part as parents, we will work more closely with the school (management/board), to ensure necessary measures are put in place to prevent a reoccurrence of this unfortunate incident and stamp out bulling in any form from the school.

“We therefore earnesly ask for a resolution that will bring some relief to the bereaved family, other parents, students of Dowen College and the public.

“These should include a change of the school management and hostel teachers, installation of CCTV cameras in all strategic places and overhauling of the school security system.

“The Parents’ Forum is organising a Candle Light event. Details of which are as follow: Wednesday, December 8, 6pm; Dowen College. The lighting of candles is to pay tribute to a life ‘passed’ and keeping the light burning signifies that the memory still lives on and burns bright.”

SaharaReporters earlier today reported that the Commissioner of Police in Lagos State, Hakeem Odumosu, revealed that three students of the college were currently being investigated over the death of Sylvester.

Although Odumosu did not give the identities of those in custody, but had insisted that they were the main suspects.

SaharaReporters also reported that the Oromoni family had hired the firm of human rights lawyer and activist, Femi Falana, SAN, to prosecute its case against the institution over the death of their son.

The human rights lawyer’s chambers had written to the office of Lagos State’s Chief Coroner, requesting an inquest into the circumstances leading to the death of his client’s child.

The letter was dated December 6, 2021, signed by Taiwo Olawale, and addressed to the chief coroner, High Court of Lagos State.

The story of 12-year-old Sylvester went viral last week after a family member went on social media to demand justice.

In a series of Tweets, the family member, with handle @Perrisonoromoni said Sylvester was assaulted by some senior students of Dowen College.

He added that Sylvester died after sustaining multiple internal injuries from being tortured and bullied.

Also, in a video released online by the family member, Oromoni Jr was seen writing in pain. His teeth were stained dark red with blood. His legs were swollen, and his belly was bloated.

The Management of Dowen College in a statement had claimed that Sylvester was injured while playing football. In another statement, they assured that they would cooperate with authorities to investigate the incident.

The Lagos State government through its Ministry of Education paid an inquiry visit to the college and announced on Friday that the school be shut down indefinitely.