The residents had fled their homes, according to a local guard in the neighborhood.

Reports revealed the marauders were still in the communities around 7am this morning, being Friday.

“They came around 7:00pm and attacked Pemi village, which is some 15 kilometres away from Chibok town. They came through a nearby bush and started shooting in different directions immediately they arrived.

“Many ran into the bushes; some are in Chibok town now.” the source said.

On Thursday, SaharaReporters reported exclusively that extremists were forcing travelers in some Borno State areas to pay fees.

Defaulters were reportedly made to pay by the insurgents, who also took the phones of individuals who did not have money.

“They took over different roads yesterday forcing people to pay taxes to them. They all came on motorcycles,” a source had said.

This followed the publication by SaharaReporters of tax receipts issued by the terror group to farmers and herders in certain North-East states.

Residents of several farming areas in Borno State under the organization’s control were given receipts after the group collected levies and taxes from them.

In numerous stories published in 2021, insurgents were claimed to be charging people of Borno, Adamawa, and Yobe States.

According to sources, those who do not follow the directive face the death penalty.

ISWAP built two Wilayas (Caliphates) near Lake Chad and Sambisa Forest to sustain its assault against countries in Sub-Saharan Africa, according to SaharaReporters.

Three years after chasing people out for allegedly spying for Nigerian forces, the terrorist group relaxed the restriction on fishing and farming activities in the Lake Chad area, according to sources. 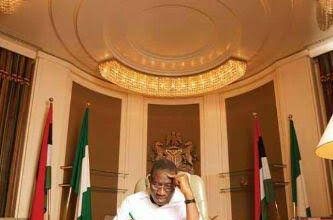