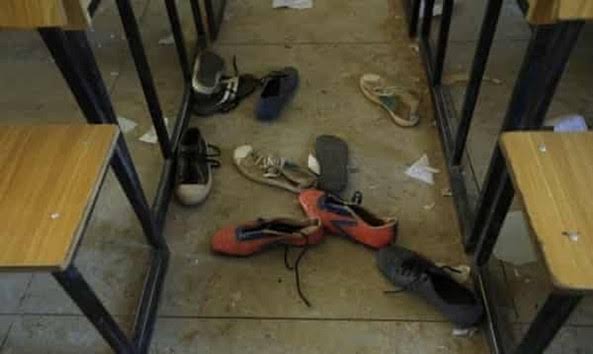 Emmanuel Paul, a teacher at the school, told AFP that the bandits abducted 165 children.

Rev. John Hayab, Chairman of the Christian Association of Nigeria, Kaduna Chapter, informed NAN that the school has 180 boarding students as of Friday.

NAN quoted Police PRO Jalije as saying “17 of the students have been rescued.”

“Tactical police teams went after the kidnappers,” he added. “We are still on the rescue mission.”

The actual number of pupils kidnapped by the criminals has yet to be determined, according to Jaliye, who added that more information would be released in due time.

Hayab, who is also a Baptist Church member, stated that 26 pupils had returned so far, and he hoped that more would escape the bandits.

In the early hours of Monday, the attackers allegedly scaled a fence to gain access to the school in Kaduna state.

“The kidnappers took away 140 students, only 25 students escaped. We still have no idea where the students were taken,” Emmanuel Paul, a teacher at the school told AFP.

Since December of last year, over 1,000 children and pupils have been kidnapped in several Nigerian states. Although most have been released following agreements with local officials, several remain detained.

Bethel Baptist High School is a co-educational institution founded in 1991 by the Baptist church in Maramara village, Chikun area, outside of Kaduna, Nigeria.

The attack on Monday was Kaduna State’s fourth mass school kidnapping since December.

Nasir Ahmad El-Rufai, the governor of Kaduna State, has been one of the most outspoken local leaders, stating categorically that he will not pay the ransom.

According to authorities, gunmen abducted eight medical staff from a Kaduna health center just hours before the school abduction.