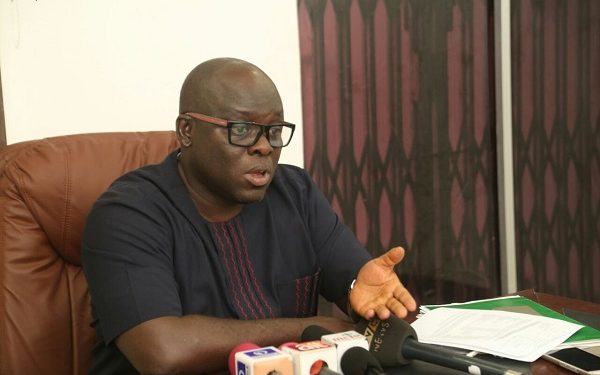 The immediate past commissioner of finance in Abia State, Mr. Obinna Oriaku has resigned his membership of the Peoples Democratic Party (PDP).

Oriaku in a letter he personally signed and submitted to the PDP chairman, Mbutu Ukwu Ward 3, Isiala Ngwa South, Owerrinta, said that he is consulting widely on his next political moves.

The ex-commissioner in the letter titled: Resignation of My membership of the PDP said that he decided to leave the PDP because PDP in Abia State, as presently constituted, covertly and overtly, lacks the basic structural integrity to deliver the much talked about good governance as dividends of democracy to Abians.

Oriaku who was Finance Commissioner between 2015 – 2019 in his words said “My political odyssey in recent times has been enriched by the most historic events as well as challenging experiences.

“I must give credit to my boss, Dr. Okezie Victor Ikpeazu, who found me worthy to serve in his administration, first as his Economic Adviser in the Transitional Government of 2015, then as substantive Commissioner Of Finance for the entire first tenure of his administration.

“Recall that when his cabinet was dissolved, I was one of the very few he allowed to hold sway in the Executive Council prior to his inauguration for a second term in office.

“In my four years stint as the Honorable Commissioner of Finance, I learned, “I taught” and I unlearned.

“I was both a beneficiary of Ikpeazu’s school of political sagacity and his humaneness. Of course, I also had my challenges in the hands of a few, whose agenda differ remarkably from the noble agenda of the administration from inception.

Four persons have been crushed to death while two others were injured in an accident involving a Daf truck and a commercial bus around Capital Hotel area on the Ijebu Ode-Oru Road in Ogun State.

The spokesperson, Traffic Compliance and Enforcement Corps, Babatunde Akinbiyi who confirmed the incident, said it happened on Saturday.

Akinbiyi explained that the accident occurred around 1:15pm and was caused by over-speeding and loss of control on the part of the Daf truck driver.

According to him, six persons were involved in the accident which comprised three male adults and three female adults. Four persons died while two injured.

He explained that the driver of the truck, due to over-speeding, lost control of the vehicle, left his lane and rammed into a bus loaded with kolanut in the opposite direction.

Akinbiyi said, “The bus was going to Ibadan from an unknown destination while the truck was heading towards Ijebu-Ode from the Ibadan axis.

“All the passengers in the bus, including the driver and three women died on the spot.”