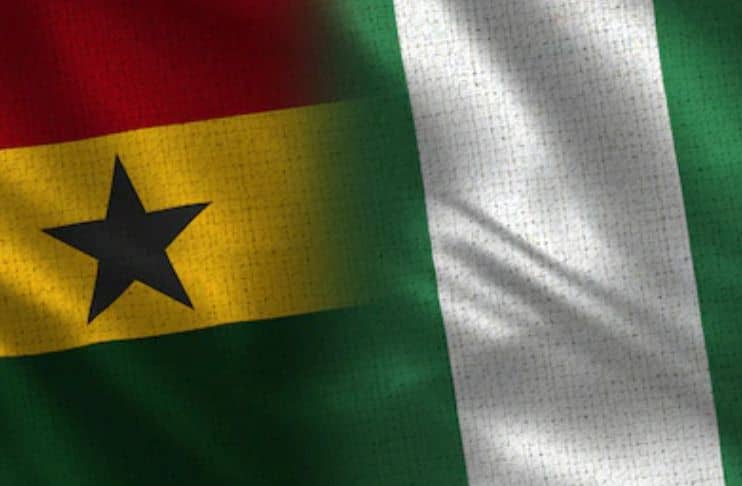 Nigeria may have been the latest victim of the rise and fall of economic cycles and faced some economic challenges. However, this does not mean a perpetual stagnation long enough for our neighbouring rivals to claim dominance. A report fraught by fallacies was recently published by business day to show how Ghana is supposedly rising above Nigeria using outdated figures in 2020 has generated quite some buzz. Nonetheless, Not only does the report fail to capture those indices in context, it also egregiously misrepresents data. Below is a more accurate comparison that captures the real economic indices between the two country’s growth and development.

1. Gross Domestic Product
As the primary metric for gauging economic growth, The GDP captures the increase or decrease of productivity in a country. Looking at the 2019 chart, Nigeria’s GDP growth is about 9 times that of Ghana’s and its has averaged a steady growth approximately 2% annually since the economy came out of recession. While Ghana’s GDP has grown fast compared to it’s previous year, fast growth is not a credible basis for a comparative evaluation; real amount in billions of dollars is, and the figures show Nigeria remarkably surpass Ghana.

2. Debt to GDP.
In context, there is also no comparison when a country with a high population as Nigeria, in spite of numerous security challenges still has a lower debt to GDP ratio compared to Ghana, who is just shy away from the 77% threshold that could stagnate its economy. If the ratio gets too high, lenders eventually lose faith as the country inches closer to defaulting on its debt. Ghana’s approximately 65% debt to GDP ratio portends a negative impact on its economy.

3. Foreign Reserves
Ghana could take a cue from Nigeria’s economic recovery and start stocking on foreign exchange reserves to positively influence the country’s monetary policy and protect itself against any sudden market shock. Having a high foreign exchange reserve gives Nigeria 7 times more than Ghana, a strong bargaining chip for profit-seeking investment at achieving target levels for exchange rates while enhancing economic legitimacy. In fact, many economists believe that China’s economic dominance is in part an attribute of having the highest FX reserves in the world.

4. Foreign Direct Investment
Foreign Direct investment fundamentally brings in two things; money and technical skills. A conflation of both means enhanced productivity in scale and specialization which translates not only to enhancing industrialization, it also boosts job creation and economic development. Furthermore, a high FDI is a primary marker for foreign investors as it signifies a healthy investment environment and Nigeria ‘s figures approximately quadruple what Ghana measures despite the latter’s massive boon in tourism from the “year of return”.

5. Stock Market Capitalization
The bigger the total value of a country’s stock, the higher the business value of a country. financial markets play a strong role in contributing to economic growth through the stock market, by encouraging long-term investment, helping with this to reduce risk and, simultaneously, enabling liquidity to savers, as well as providing permanent financing to companies. Ghana’s stock market capitalization pales in comparison to Nigeria’s, testifying to Nigeria’s continual growth prospect, which is a key factor in economic growth, as it channels funds for new investments stimulating an increase in production.

6. Banking sector assets
this economic index is a viable measure of growth and development because it marks the banking sector’s ability to participate in developing the economy, which is often overlooked. Banks leverage their assets and give loans to stimulate economic growth. The Nigerian government has taken commendable steps in leveraging this benefit with monetary and fiscal policies to encourage the banks to lend more and offset financial risks. With over 6 times Ghana’s banking sector assets and a harmonious alliance with the government, Nigeria is poised to reap high benefits from the growing banking sector.

Giving credit where due, Ghana has certainly made some commendable strides in boosting its economy, the GDP certainly rose compared to its previous year, but in context, Nigeria’s outclasses Ghana’s GDP in billions of dollars. In addition, much of Ghana’s growth can be attributed to the influx of tourist activity that still hasn’t generated a comparable FDI to Nigeria’s. Similarly, other economic indices still trail far behind Nigeria’s, the Giant of Africa may have encountered some setbacks but has not diminished at all. If anything it’s learnt from it experiences and is set to continue growing.

How we’ll comply with Supreme Court judgement on Bayelsa — INEC