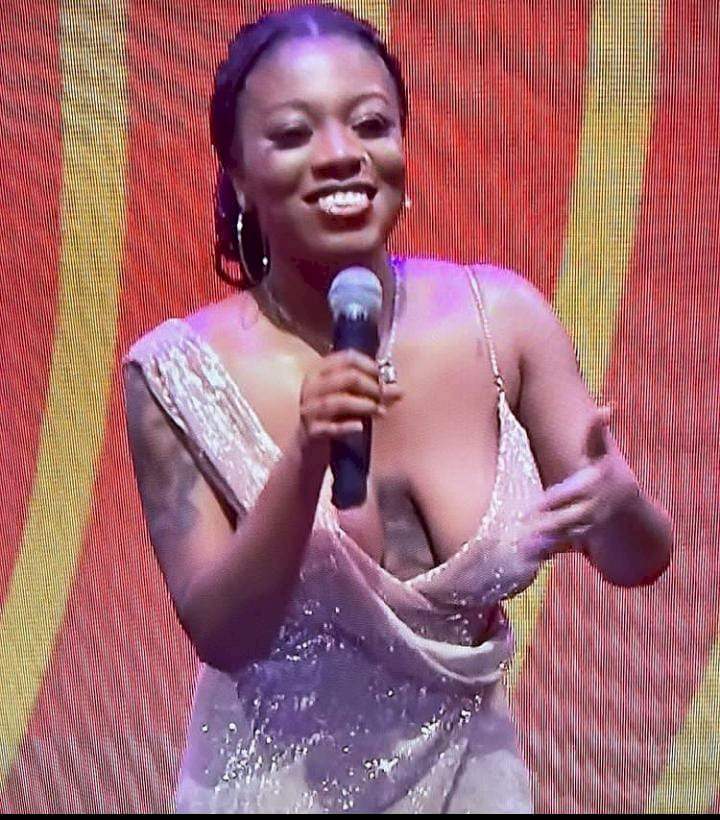 An old tweet of BBNaija housemate Angel saying she sleeps with rich men until they become broke has surfaced online. 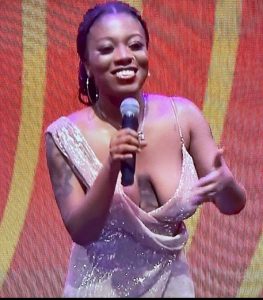 Sharing a photo of her now famous cleavage, the reality star wrote, “If he a rich n*gga, imma f*ck him till he ain’t one”. 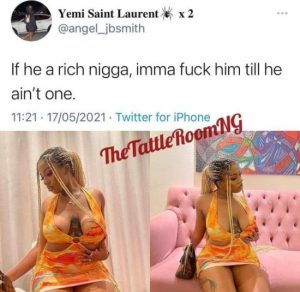 The internet they say never forget and she might not have meant what she wrote but that tweet sends a very negative signal that might affect her game in the house and people will always be referring her to that.

How I Met Nollywood Actor, Baba Ijesha Who Assaulted My Foster Child In 2008, Comedienne Tells Court