Tinubu, a 2023 presidential aspirant under the ruling All Progressives Congress (APC) made the donation during a visit to the Government House in Minna where he was received by Governor Abubakar Sani Bello, on Thursday, January 20.

The donation was revealed by the Tinubu Support Group on its verified Facebook page. 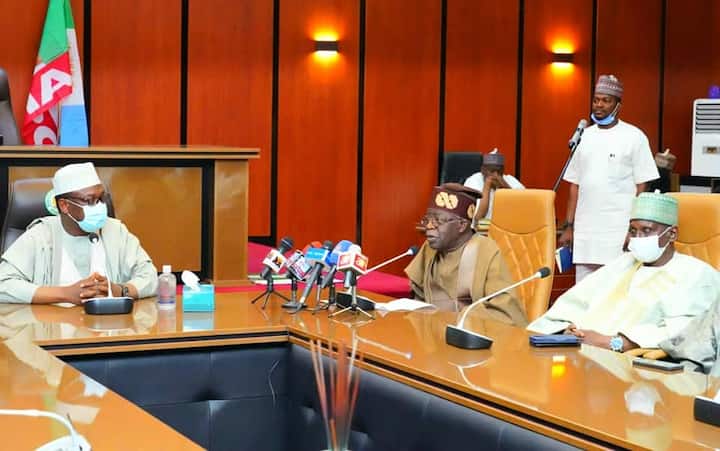 The group wrote; “Asiwaju in Minna, donates 50 million naira to the state government to support security challenges faced by the state.”

Recall that had earlier reported that Tinubu donated the sum of N50million to families of victims of the recent killings in two local government areas of Zamfara state.

The meeting, which lasted for about one hour, also had Niger Governor Abubakar Sani Bello in attendance.

Be Fair In Assessing My Government – Buhari To Nigerians