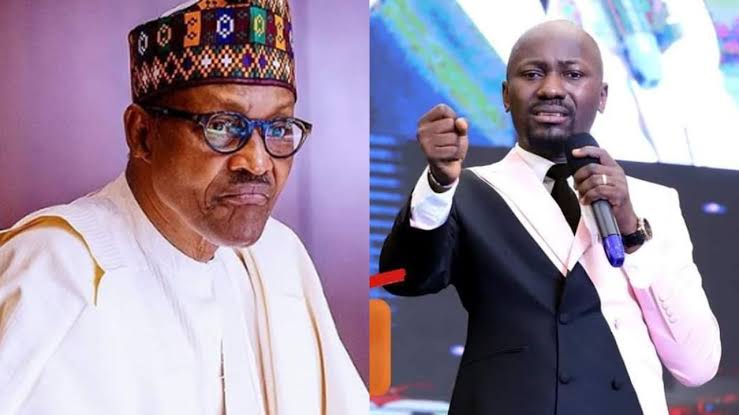 Apostle Johnson Suleman, the General Overseer of the Omega Fire Ministries International, has issued a warning to the Nigerian government over its ongoing attacks on members of the Indigenous People of Biafra (IPOB), saying that though they may lack power, they do have God.

This was declared by the Christian leader on his Twitter page on Friday, asking President Muhammadu Buhari’s administration to tread carefully.

He noted that the military targets IPOB militants while Fulani herders kill and maim civilians.

In contrast to murderous herdsmen who wish to ruin the entire country, IPOB’s aim is to pluck out a portion of Nigeria.

His tweet read, “You will go after IPOB? Yet you can’t go after killer herdsmen? IPOB seeks to pull out of a part of Nigeria. Killer herdsmen destroy the whole of Nigeria. Who should be dealt with urgently?“Tread with caution sir. They might have no one in power to speak for them, they have GOD.”

Suleman is one of Nigeria’s clerics who lend their voices to national issues.