Political violence rocked Ipele community in Owo Local Government Area of Ondo State on Tuesday as supporters of the candidate of the Peoples Democratic Party, PDP, Eyitayo Jegede and that of the All Progressives Congress, APC, clashed.

The clash was said to have occurred when the campaign train of the PDP arrived in the community.

Following the incident, Jegede alleged that policemen supervised the attack on his campaign train by thugs.

According to Jegede, who spoke through his campaign’s Head of Media Research, Kayode Fasua, the political thugs suspected to be from the camp of the ruling All Progressives Congress, APC attacked supporters of PDP upon their entry into Ipele. 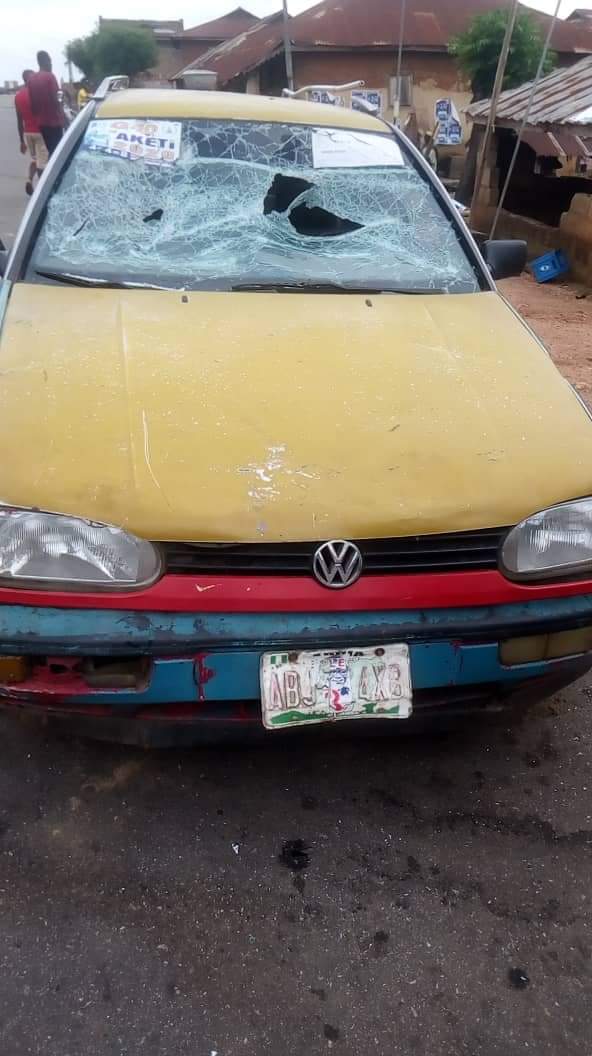 Specifically, the Divisional Police Officer, DPO of Ipele was alleged to have backed the thugs all through the attack.

Meanwhile, the camp of Governor Oluwarotimi Akeredolu has accused the PDP candidate of instigating the attack in the community.

While emphasizing the PDP is crying more than the bereaved, the Spokesperson of the Akeredolu/Aiyedatiwa Campaign Organization, Olabode Richard Olatunde stated that “Eyiyato Jegede SAN, ordered his thugs to unleash coordinated attacks on the innocent people of Ipele and Ijebu in Owo local government area. Our people were traumatized with the sound of gunshots sporadically by Eyiyato Jegede thugs in Owo today. 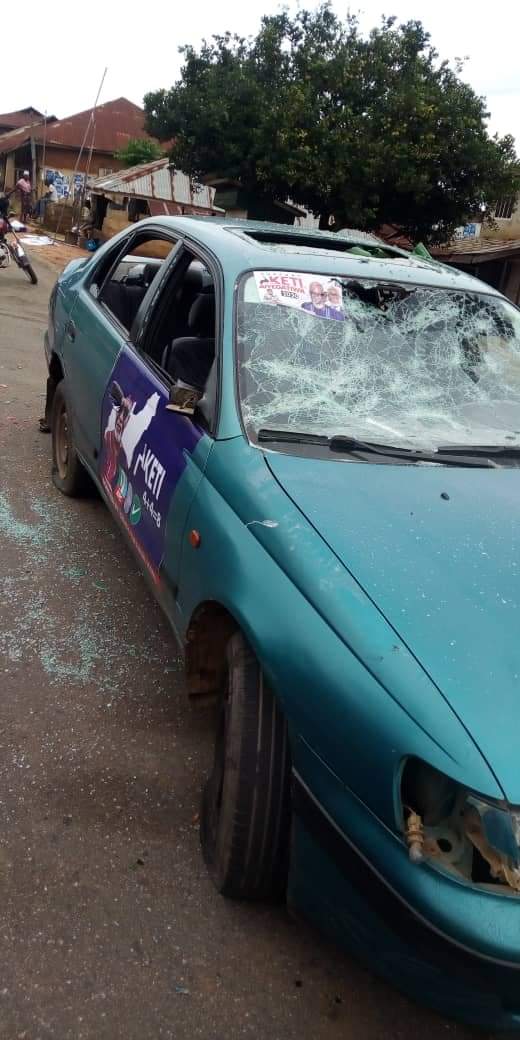 “Sensing that the PDP might be in the main town, Governor Oluwarotimi Akeredolu, SAN, ordered his campaign convoy to take another route out of the town.

“Despite this, Eyitayo Jegede and the PDP still went ahead to cause mayhem in Owo by attacking innocent members of the public and anyone with APC or Akeredolu branded caps or T-Shirt.

“No fewer than 20 cars were destroyed and many innocent people of Ipele and Ijebu Owo injured. Motorcycles were burnt and the streets of Ipele littered with shells of bullets.

“This intimidation to scare the people of Owo from coming out to vote massively for their son will not work. The people are resolved to support Governor Oluwarotimi Akeredolu.

“We must also note that the PDP went berserk when no one received them into Owo. They obviously prepared to come into the ancient town for attacks and violence not to campaign.”

Featured Posts
2023 Elections: Only A Candidate Who Isn’t Affiliated To Any Sect Can Solve Nigeria’s Problems – Accord Party Presidential candidate, Prof. Chris
19 mins ago