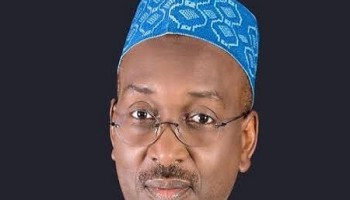 ABUJA- Acting National Chairman of the All Progressives Congress (APC) Chief Victor Giadom is believed to have initiated consultation with APC governors and relevant offices in the Presidency ahead of upcoming Emergency National Executive Council (NEC) of the party.

The development may have put to rest ongoing contest over who is recognized in the eyes of the law to superintend affairs in the highly divided APC national. secretariat.

Independent findings suggest that APC governors and the presidency have asked Giadom, one of the Acting National Chairman claimants to submit to the government documents relating to the last Emergency NEC of the party which was suspended at the last minute in March this year.

A related finding also suggests that severe financial crunch has thrown the APC into another kind of crisis, as fear mount that the party may not be pay salaries of its workers at the end of the month.

Investigation show that since the suspension of Adams Oshiomhole, APC National Chairman and first signatory to the accounts of the party, the financial situation of the party has reached near crisis points.

There was even an allegation by staff in the secretariat to the effect that the suspended national Chairman is not disposed to relinquish the ‘A’ signatory to any of those agitating as Acting national Chairman. It is not yet clear if Comrade Adams Oshiomhole will handover the purse of the party to Arc. Waziri Bulama as widely believed.

Meanwhile the Director General of the Progressives Governors Congress (PGF) Salisu Mohammed Lukman has expressed confidence that the APC will overcome its raging leadership problems.

While expressing strong belief that the lingering crisis is benefitting some interests within the party, he described as “merchants of crisis”, he nonetheless insisted that concerned members of the party, including members of the Progressive Governor Forum are working assiduously to bring the crisis to an end.

He however warned Nigerians to be wary of certain characters in the APC who use the NWC to fan the inferno consuming the APC.

He said; “Nigerians must be wary of these crisis merchants who don’t mean well for leaders of the APC, the party – APC – and by extension the nation’s democracy.”

“APC will overcome all its current leadership challenges; Progressive Governors and all APC leaders will emerge strongly united.”

“Every party member and leader should be committed to the resolution of the crisis as well as Nigerians who are committed to democracy based on the presence of resilient party structures that meet, take decisions and governed based on those decisions as provided by the party’s constitution, which is what defined the supremacy of the party”.

Thank You for Electing Me — By Pastor Osagie Ize-Iyamu

LASTMA reacts to video of their staff counting N250,000 extorted from road users