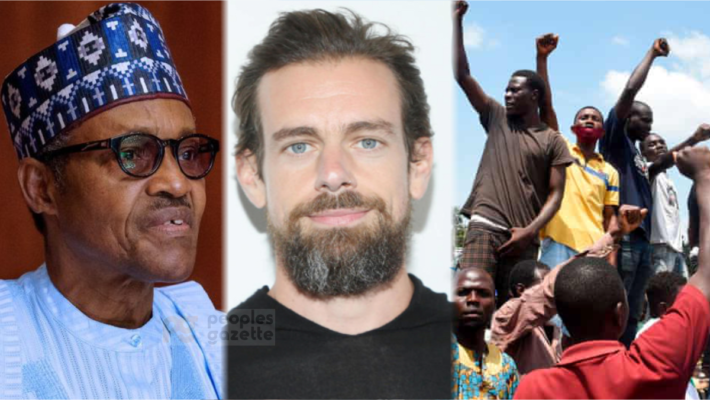 Last Tuesday, President Muhammadu Buhari made a reckless comment on Twitter. He made a comment referencing civil war in his reactions to insurgence in southeastern part of Nigeria.

The president threatened to treat those attacking government buildings “with the language they understand”.

NEWS DIRECT has repeatedly reported how assailants attacked INEC facilities across seven states this year alone. Majority of these attacks took place in the South-east region.

Unarguably, Nigeria is currently going through one of its roughest patches yet with mounting insecurity, bloodletting and violence wracking virtually all parts of the nation. The security outfits also appear overwhelmed having become victims of attacks themselves.

Many Nigerians mounted pressure on President Buhari to address the nation on the various incidents. He was first reluctant in doing so. When he eventually did, Mr President fell off the radar.

“Those of us in the fields for 30 months, who went through the war, will treat them in the language they understand”, he threatened on Twitter.

On Wednesday, Twitter yielded to the cry of Nigerians and deleted the controversial genocide tweet, saying it violated one of its rules.

An average Nigerian who understands President Muhammadu Buhari government understands that the regime has no tolerance for accountability. So, many were not surprised with his “Hallelujah boys” tantrums.

It was Lai Mohammed that made the first  outburst claiming Twitter’s operation in Nigeria is suspicious. He told journalists at the statehouse last Wednesday that Twitter chose ignore the inciting messages from the proscribed IPOB but was quick to enforce its rules on the president.

“Twitter may have its own rules, it’s not the universal rule. If Mr President, anywhere in the world, feels very bad and concerned about a situation, he is free to express such views. If an organisation is proscribed, it is different from any other which is not proscribed.

“Two, any organisation that gives directives to its members to attack police stations, to kill policemen, to attack correctional centres, to kill warders, and you are now saying that Mr President does not have the right to express his dismay and anger about that?

“I don’t see anywhere in the world where an organisation, a person will stay somewhere outside Nigeria, and will direct his members to attack the symbols of authority, the police, the military, especially when that organisation has been proscribed. By whatever name, you can’t justify giving orders to kill policemen or to kill anybody you do not agree with,” Mr Mohammed had said.

By Thursday morning, Mr Buhari’s media adviser, Femi Adesina wrote in his usual arrogance that his principal will be willing to whip those against his administration. Alas! 24 hours after, federal government degenerated so low in its anger by ordering suspension of Twitter operations in Nigeria.

Again, Lai Mohammed was sent to do the dirty job and he was proud of doing so. He said in his statement announcing the suspension of Twitter that the platform is being used for activities that are capable of undermining Nigeria’s corporate existence.

The government further ordered the National Broadcasting Commission (NBC) to immediately commence the process of licensing all social media operations in Nigeria.

Since the suspension was announced, NEWS DIRECT observed that even apologists of the president do not support him this time.

Kayode Ogundamisi, a strong supporter of Mr Buhari’s administration said “the culture of snatching defeat from the jaws of victory continues.”

Gbenga Olorunpomi, an ex-aide to Governor Yahaya Bello, who has a long history of defending Mr Buhari’s policies appears to be against the suspension. In fact, he supported the move by legal body to sue the president.

“Don’t threaten… sue. I want the FG to face as many lawsuits on this matter to either legitimise it or force it to reverse course. Either way, we are all better informed about the limits of the government’s power,” he wrote on Twitter.

Both local and international activists have condemned the federal government’s move. Many argued that the suspension further shows his zero tolerance to freedom of expression and freedom of press.

This is despite the fact that in Nigeria, the freedom of expression is protected by section 39 (1) of the Federal Republic of Nigeria constitution.

It also threatened section 22 of the constitution that mandates the press to hold authorities accountable at all times.

Mr Buhari and his hallelujah boys sent a signal that citizens are not respected. Plus, Twitter and Facebook which have become fertile ground for public discourse between Nigerians of different stripes over the last decade are worthless to this administration.

Despite the fact that President Muhammadu Buhari came into power with the help of campaigns on social media, he has now seen the various platforms as enemies of his administration and this government is likely to come for media houses consider to be too critical in their reportage.

Twitter ban is a warning note to media outlets in Nigeria. Beware!!!