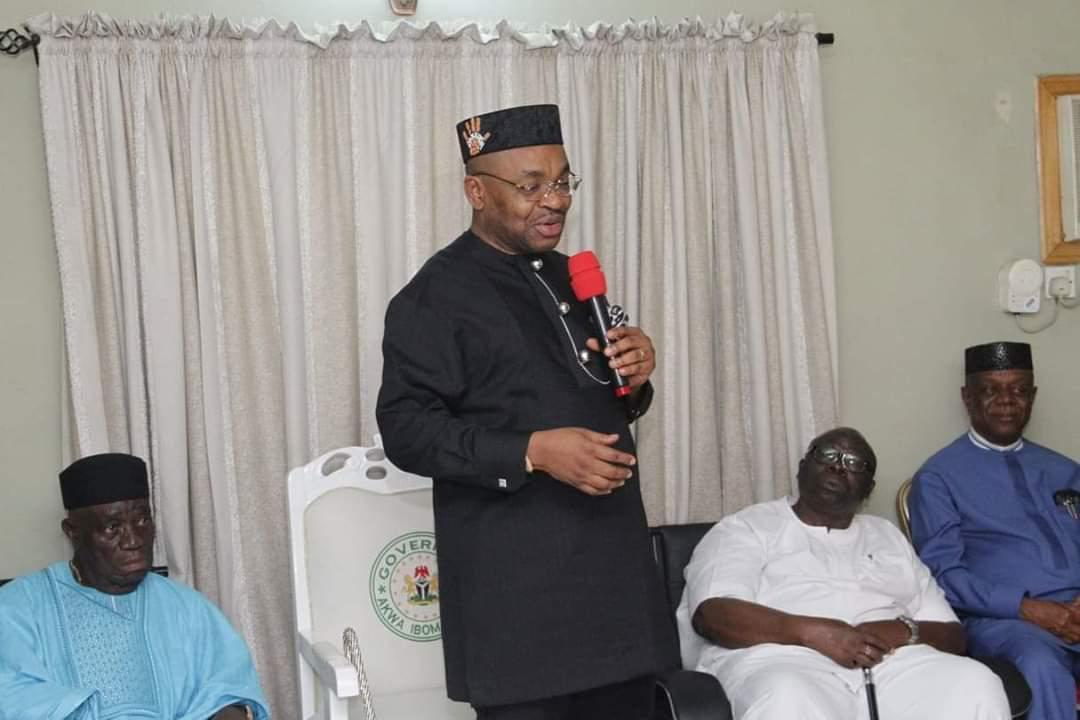 Governor Udom Emmanuel, the Akwa Ibom State leader of the Peoples Democratic Party, PDP, has said that his party is a model to be emulated by all others across Nigeria.

The governor made the remark at the state-owned international stadium, Nest of Champions, while commending the peaceful organization and transparency in the conduct of the state party congress and the seamless transition of leadership on Thursday July 30, 2020.

He described Akwa Ibom PDP as a model of the party in Nigeria and indeed an ideal of democracy and party politics.

According to him, “PDP in Akwa Ibom State is a model of the PDP and party politics in Nigeria. Officials of INEC are here with other observers, let them tell me which state they gone to whose party congress will be as organized, orderly, peaceful, transparent and cohesive as what you’ve seen today in Akwa Ibom.

While congratulating the incoming executives of the party, the governor harped on dedication and loyalty, charging them to prove themselves faithful as those entrusted to anchor the affairs of the party for the next four years.

He thanked the outgoing Chairman of the party in the State, Obong Paul Ekpo and members of his Executive Committee, for leading the party to victory in two consecutive elections describing him as gift a to the PDP in Akwa Ibom State. He challenged the incoming executives to learn from the Paul Ekpo-led Committee and ensure that the party handed over to them remains intact and only gets better in four years.

“I really want to thank the outgoing Chairman of this Party, Obong Paul Ekpo. Wherever you see good followership and good leadership, it is not by accident, it means they must have done something right consistently over time.

“Whenever things come the way they came in our state over the past eight years, God will always send a man. God sent us people, not just Paul Ekpo, but the entire state executive of our party who had piloted the affairs of this party for these past years. So I really want to thank the Paul Ekpo-led Committee of this party and I believe we have a lot to learn”. He said.

The Akwa Ibom State Chief Executive urged citizens to keep to measures that would prevent them from the COVID-19 pandemic and not wait to experience the infection or see people that have gone through the scourge before taking caution.

Declaring the outcome of the congress on behalf of the National Working Committee of the PDP, the Chairman of the five-man Congress Committee, Mr. Eric Nwakana, praised the party leadership and faithful in the state for the peaceful conduct of the congress.

Nwakama said 39 candidates were screened and cleared to stand the election, with 3845 delegates duly accredited to do the voting. He declared Hon. Udo Ekpenyong, having scores 3840, with 5 votes voided Chairman-elect, with 38 other unopposed candidates returned elected into various offices of the party in Akwa Ibom State.

The Akwa Ibom State PDP Chairman-elect, Hon. Udo Ekpenyong, in his acceptance speech, thanked the leader of the party in the state, his predecessor, party faithful in the state and the delegation from the party’s National Working Committee for the confidence reposed in him and ensuring a hitch-free process for his emergence.

Ekpenyong stated the objectives of his administration is to include promoting the ideals of the party in the state through inclusion, wide consultations, sustained dialogue and enduring partnership, while reaffirming his loyalty to the People’s Democratic Party.

The outgoing Chairman and Chairman of the Local Organizing Committee for the Congress, Obong Paul Ekpo, expressed heartfelt gratitude to God and the entire PDP family in Akwa Ibom State for the support that saw to his successful tenure and peaceful transition and prayed for the continuous and increasing strength of the PDP in Akwa ibom State and beyond.

Oshiomhole Has Always Campaigned in Poetry