Nollywood actor, Chief Sunday Akanbi Akinola, aka Baba Feyikogbon, has died of Kidney failure at the age of 80. 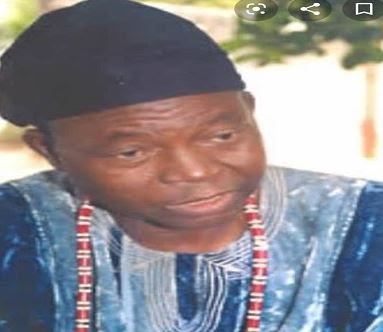 The thespian hit the limelight in the 1980s and 1990s with his popular weekly sitcom, the Feyikogbon series, which aired on NTA Channel 7 Lagos for over 13 years.

The actor, who was born on September 19, 1942, suffered kidney failure for years and sought help from the public in 2019.

At the time, he said he needed 30 million Naira to travel abroad to treat kidney failure and hypertension.

Before seeking assistance from the public, he said in a 2014 interview that his popular play only gave him fame without fortune.

Sadly, after battling the ailment for years, he has passed on.

Yoruba movie actors have taken to Instagram to mourn him.

In Adamawa, Buhari Campaigns For Binani, Says Women Deserve A Chance To Lead