Ekod Koko Dan, a bank manager at Access Bank in Life Camp, Abuja, has been accused of leaving the family of Biola Vanessa, a 10-year-old girl who was crushed to death while driving against traffic in the region.

Vanessa was crossing the road when the unfortunate occurrence occurred on Thursday, June 10, 2021.

The bank manager, who was apparently making a phone call while driving against traffic, allegedly knocked her down.

Ekod Dan, it was learned, was attempting to bypass a traffic jam at a nearby intersection by driving against the flow. 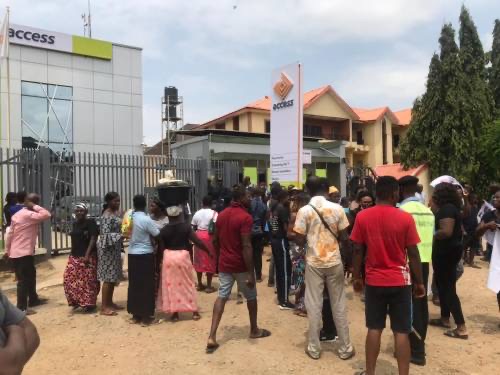 The little child was alleged to have been hit and sent to the hospital, and Ekod Dan left her contact information with them, but she hasn’t contacted them since, even by phone.

The small daughter died as a result of the incident, and the mother went to the police station to report it.

On Tuesday, family members, friends, and neighbors protested at the bank, demanding justice and expressing their displeasure with the manager’s callous attitude, which they claimed had refused to show up and sympathize with them.

The child’s mother, who spoke to SaharaReporters during the protest, said “My daughter went to buy something and was already halfway on the road because it was a dual carriage road. 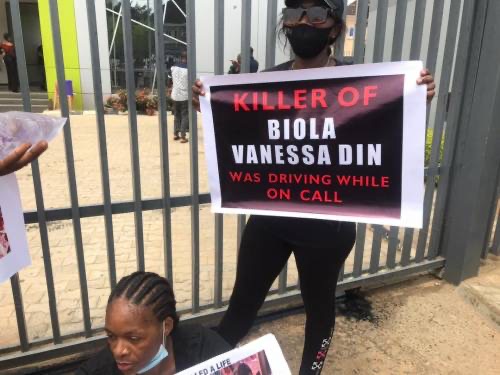 “The manager of Access Bank, Life Camp branch killed my daughter. She hit my daughter and my daughter went up and hit the ground and (she) crushed her again. On a normal day when you hit a dog or goat, you can swerve.

“When my daughter was rushed to hospital, I went there and held the hand of this woman so that we could pray but she opened her mouth to tell me that she can’t pray.”

Meanwhile, the protesting family members have vowed not to give up until they get justice.

Photos Of Baba Ijesha As He Appears In Court Today