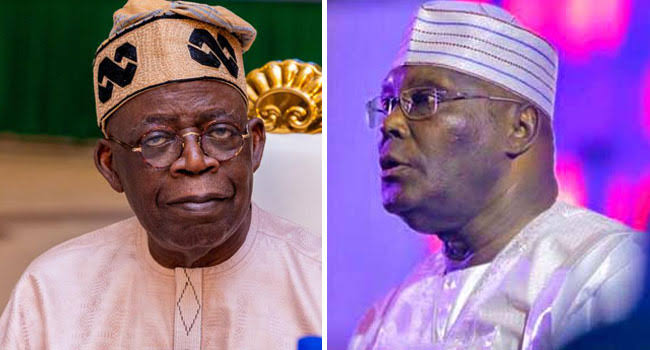 Atiku had in a statement issued earlier chide his opposition candidates especially from the APC, NNPP, and the LP over what he described as lack of clarity and inability to make decisions at a critical time to pick their running mates.

According to him, picking running mates by candidates vying for any big office like the presidency is very important in a democratic setting, the office of the presidency does not need someone who hesitates to decide on picking his Vice President

He said, “The office of the presidency needs someone who has the clarity to make decisions without hesitation. In developed democratic countries, the process and picking of a running mate by a presidential candidate is a step to understanding the capacity of a candidate and his capability to do the job”.

Reacting swiftly to the development through his spokesman, Tunde Rahman, Tinubu said it is pathetic for the PDP to utter such, adding that the party ought to focus more on resolving its internal crisis.

Speaking in an interview with the BBC, Tinubu Spokesperson said, “The PDP should pay attention to resolving their internal crisis, they failed to fulfill all their internal promises.They should stop the propaganda campaign on Muslim-Muslim ticket, amongst others.”