The build-up to the 2023 presidential election is gradually gathering momentum despite denials by some of the personalities touted to be interested in the race even when their campaign posters have continued to flood major cities across the states of the federation. 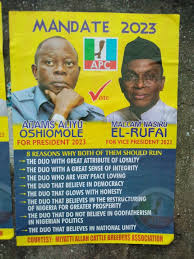 The poster, with the message: “Mandate 2023,” had the former Edo State governor as a presidential hopeful with Kaduna State governor, el-Rufai as his running mate. But Oshiomhole publicly disassociated himself from the plot. 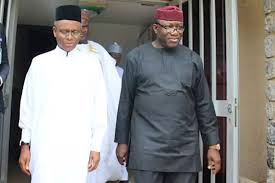 On another hand, Governor el-Rufai was also tipped as a possible running mate to his Ekiti State counterpart, Kayode Fayemi.

The plot to draft the Ekiti State governor into the 2023 presidential race had been on the cards for a while, but the voice of those projecting him got drowned at a time by that of TInubu’s supporters.

However, it was hope rekindled, when Fayemi emerged as Chairman of the Nigeria Governors’ Forum (NGF) in May last year. The calculation in some camps within the ruling APC is that the Ekiti

State governor would be a more acceptable candidate if the party decides to zone its presidential ticket to the South.

The belief of those pushing the Fayemi agenda is that being a Christian, he will not only enjoy the support of the predominant Christian South, but that of the North, which will, no doubt, present a Muslim as his running mate. 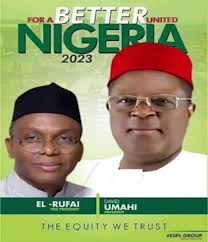 Another set of 2023 presidential campaign posters that surfaced recently on the streets had it that Governor el-Rufai would be pairing the governor of Ebonyi State, David Umahi, in the 2023 presidential poll. However, Umahi has dissociated himself from such arrangement.

The governor in a statement by his Special Assistant on Media and Publicity, Francis Nweze, insisted that “such bears the imprint of detractors and political desperados who thrive on gossips, rumours, and have resorted in producing a smokescreen where they attempt to drag the name of the governor to the mud via the poster.”

The statement further read: “One could not help but come to a sane conclusion that enemies of the state probably quoting the harmless expression of an Igbo born industrialist, Chief Cletus Ibeto, who said ‘when it is time, we will send Umahi,’ decided to steer the hornets’ nest and hit up the polity with such embarrassing poster.

“In as much as Governor David Umahi has towering credentials that in any contest makes him visible, he has not made public any intention to contest for any position in 2023, let alone choosing a successor as he is a governor who is presently committed to delivering of dividends of democracy to his Ebonyi people as he believes that politicking ends immediately after election.

“We, therefore, call on all lovers of good governance, Governor Umahi’s ambassadors and the general public to ignore such posters as it is nothing but the handiwork of mischievous elements who are determined to put the governor against his admirers. In truism, 2023 is too far to start politicking now.” 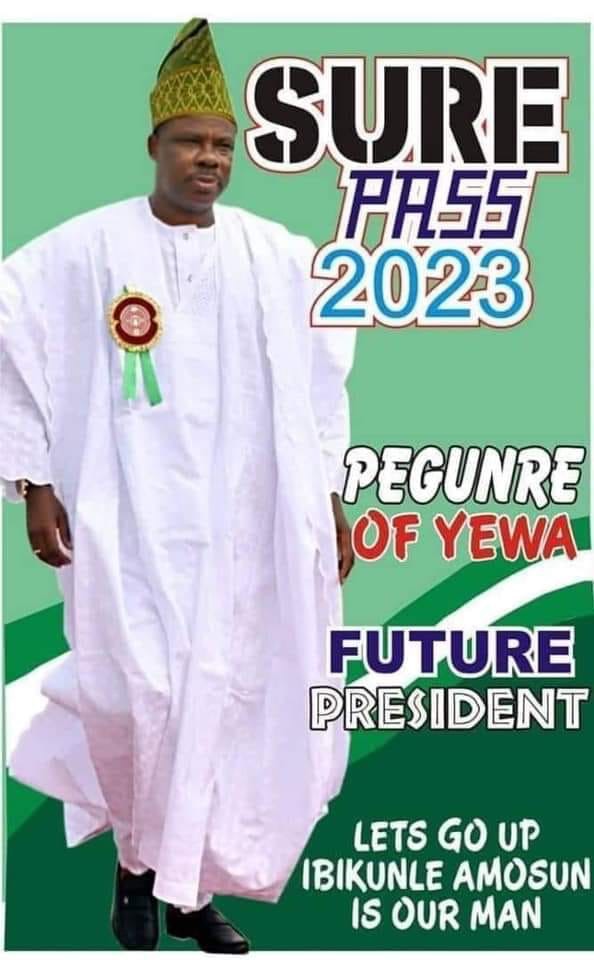 The immediate past governor of Ogun State (now senator representing Ogun Central), Ibikunle Amosun, is not left out of the denial game over the 2023 presidential campaign posters.

He not only disowned posters announcing his presidential ambition, but said the time had not come to address the issue of 2023 presidency.

In a press statement made available by his media aide, Bola Adeyemi, the former Ogun State governor said: “My attention has just been drawn to a poster, suggesting I had thrown my hat into the 2023 presidential race. It definitely defies logic that such a move would be my preoccupation or in any way linked to me, when indeed I have not spent a year in my current assignment as the senator representing Ogun Central District. 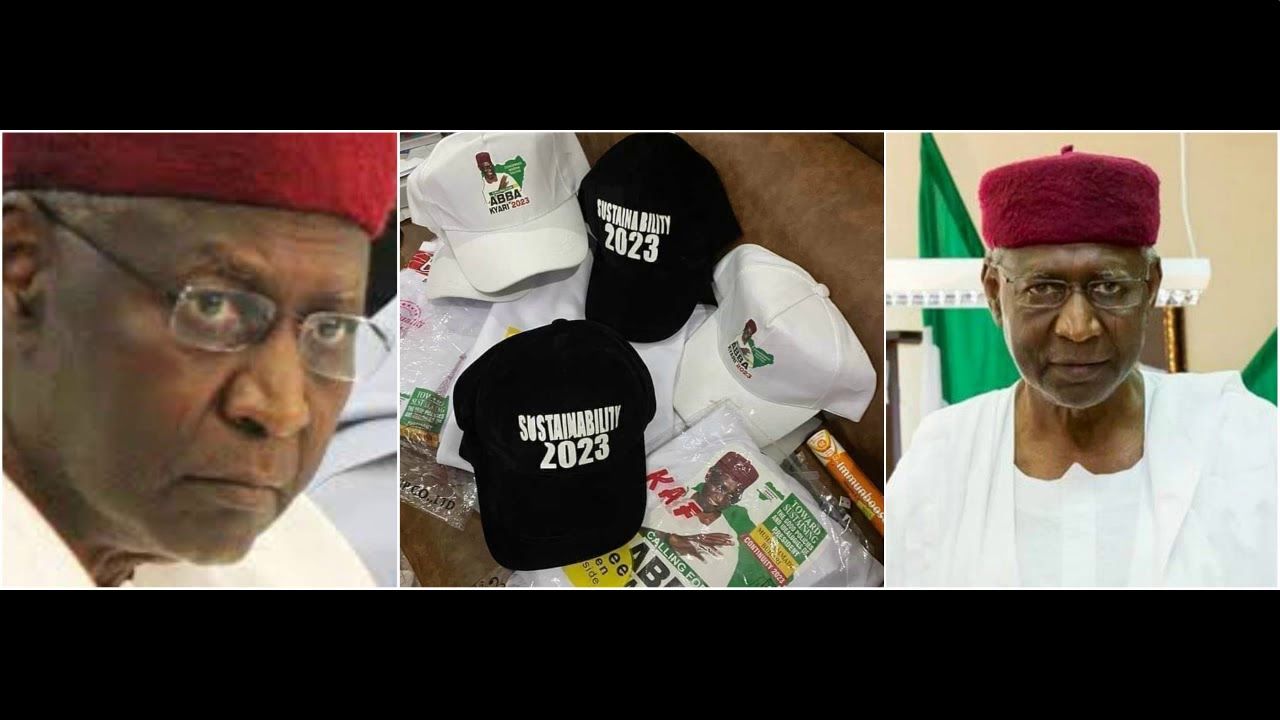 There were also 2023 campaign materials, which suggested that the Chief of Staff to President Buhari, Abba Kyari, might join the contest for his principal’s successor.

The campaign materials surface online last month and they include campaign shirts and face-caps, with the inscriptions: “Sustainability 2023” and “Towards sustaining the good policies and ideologies of President Muhamadu Buhari.”

However, Kyari, who is seen by many as Nigeria’s defacto vice-president given the enormous power he wields, could not react to the development until he passed on last Friday. 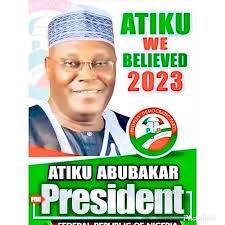 The former vice-president (1999-2009) was the candidate of the PDP in the February 23, 2019 presidential election, but was defeated by President Buhari, who contested the poll on the platform of the APC.

Atiku has not indicated interest in taking another shot at the presidency, but campaign posters announcing his 2023 ambition have been trending on social media.

While some of the posters are silent on the platform Atiku will use to actualise his ambition, others have the PDP logo on them, and they had inscriptions such as “Atiku 2023,” “Vote Atiku Abubakar for 2023 presidency,” Movement 2023: Atiku is coming” and “Atiku, my choice 2023.” among others.

The former vice-president has not openly associated himself with the various support groups promoting the 2023 campaign, but his media aid, Mazi Paul Ibe said of the development: “The support groups are everyday Nigerians who believe in an idea and, most times, they express themselves without recourse to anyone.” 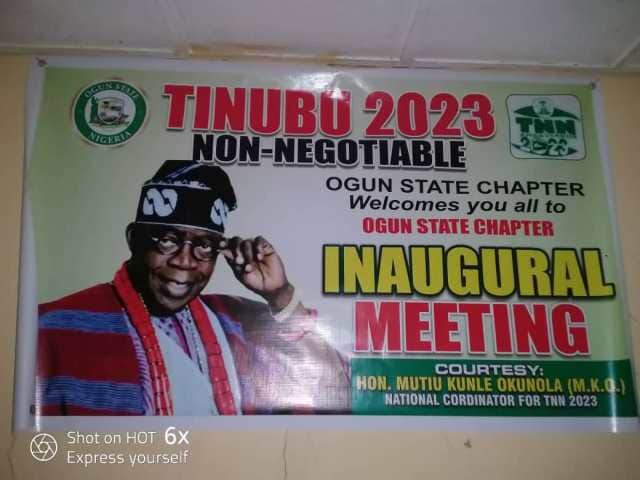 The APC national leader has not officially declared intention for the 2023 presidency, but there have been pockets of endorsements in that regard from different quarters. Equally, some groups have sprung, urging him to run.

Some of the groups have also gone to the extent of printing campaign materials in Tinubu’s name to show how serious they are. One of the support groups – Bola Ahmed Tinubu (BAT) Network Vision – was recently inaugurated in Ondo State.

Coordinator of the group in the state, Akinlolu Ayodele, said the BAT vision is a network movement to showcase the values and promote the essence of Tinubu’s leadership qualities.

The APC national leader in a series of tweets signed by his media office and posted on his official Twitter handle, said: “We have seen pictures of face caps, T-shirts, shirts and even leaflets with Bola Tinubu 2023 embossed on them.

“We hereby, through this medium, categorically deny any knowledge of the group and dissociate Asiwaju Tinubu from the group’s unsolicited and unwarranted materials.” 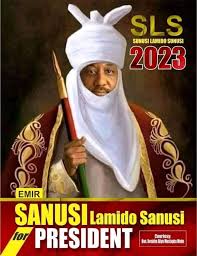 The former governor of the Central Bank of Nigeria (CBN), who was recently deposed as Emir of Kano by the state government over alleged insubordination, is also being linked to the 2023 presidency via the poster game.

Branded campaign vehicles with Sanusi’s pictures recently emerged on line. The vehicles had the inscription: “All Nigerian Youth Project 2023, Lets Save Nigeria.”

A former aide to ex-President Goodluck Jonathan, Reno Omokri, who posted a photograph of one of the vehicles on his Twitter page, however, stated that Governor el-Rufai, who is using the dethroned Emir of Kano to push his presidential ambition. 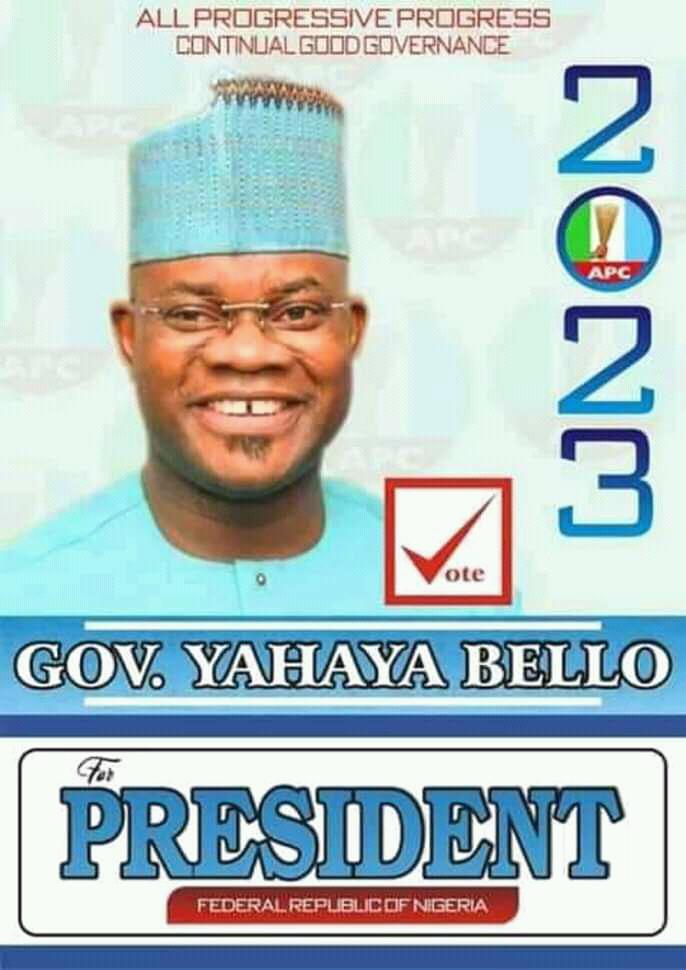 Equally trending is the 2023 presidential campaign poster of Kogi State governor, Yahaya Bello, who was recently inaugurated for a second term in office.

The poster with the APC logo and colours, has the message: “All Progressives Congress Continual of Good Governance. Vote for Governor Yahaya Bello as President, Federal Republic of Nigeria.”

However, like others Bello has distanced himself from the campaign poster suggesting his interest in the 2023 presidency. A statement by his Chief Press Secretary, Onogwu Muhammed, said Bello has no prior knowledge of the purported materials, adding that he had no links with the group or individuals behind them.

Against the backdrop of the denials, the question many have asked is: What are the “mischief-makers” out to achieve with the circulation of campaign posters of individuals, who have neither declared interest nor commissioned them to canvass for them?

While only members of the various support groups of the political gladiators or their respective agents are in a better position to proffer answers to the question, members of school of thought are of the view that despite the refutations, the poster game has nothing to do with mischief-makers as being claimed by the politicians.

While there is nothing wrong in any of the aspirants using the poster game as a dummy to feel the peoples’ pulse concerning their respective ambitions, Nigerians cannot afford a long waiting-game, as the earlier they assess those aspiring to lead them after the present dispensation, the better for the polity.

COVID-19: It’ll get worse before it gets better - Sanwo-Olu