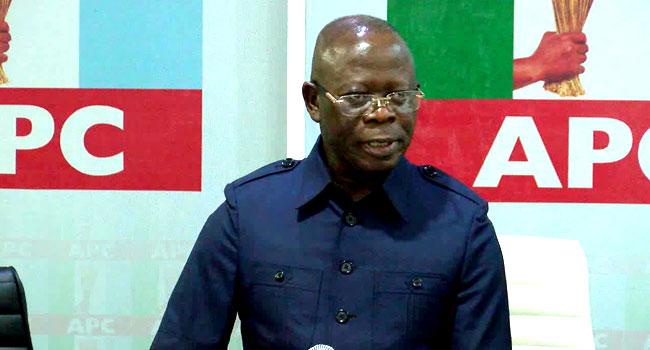 His deputy will be former Edo State Governor and ex-National Chairman of the APC, Comrade Adams Oshiomhole.

Kaduna State Governor, Malam Nasir el-Rufai, while speaking with journalists stated that a director-general had been picked for the APC  presidential campaign council but refused to disclose the person.

The governor said President Buhari and National Chairman of the APC, Dr. Abdullahi Adamu, would be briefed before a formal announcement.

“This is a delegation of the Progressive Governors Forum, led by our chairman, Dr Atiku Bagudu, and the party represented by the national secretary.

“We came to report on an assignment given to us by our presidential candidate, Asiwaju Bola Ahmed Tinubu, and his running mate to begin the broad consultations and develop a structure for the presidential campaign council. We have done some work on it.

“We have briefed the candidate and his running mate and inputs have been taken and our hope is that in the shortest possible time, the candidate will consult more with the party leadership and brief Mr President and get his input and then we formally unveil the presidential campaign council.

“A decision has been taken on the director-general but other positions in the campaign council are still being discussed. The president and the national chairman and National Working Committee will be briefed before a formal announcement,” el-Rufai said.

Adams Oshiomhole, who attended the meeting, was reported to be the director-general of the APC presidential campaign council but he denied it.

Sources told Vanguard the choice of Director-General initially oscillated between Oshiomhole and Lalong.

One of those earlier mentioned in connection with the D-G position was Governor el-Rufai.

Party insiders said the APC resolved to appoint a Christian as D-G of the campaign council against the backdrop of misgivings trailing the Muslim-Muslim presidential ticket. Governor el-Rufai is a Muslim.

Featured Posts
2023 Elections: Only A Candidate Who Isn’t Affiliated To Any Sect Can Solve Nigeria’s Problems – Accord Party Presidential candidate, Prof. Chris
14 mins ago