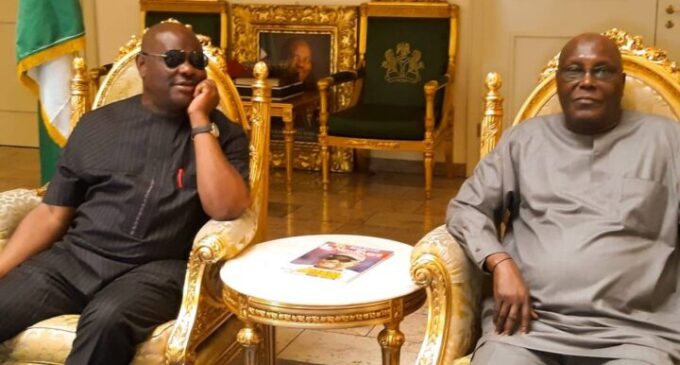 The meeting was said to have been held at the residence of Jerry Gana, a former minister of information and a member of the PDP board of trustees (BoT).

Our source said Thursday’s meeting was “positive”, and that there would be more “fence-mending” in the coming days, which is aimed at resolving the crisis in the party since the presidential primary in May.

“Nyesom Wike and Atiku met today at professor Jerry Gana’s house in Abuja. It was a good meeting and there will be more meetings in the coming days,” the source said.