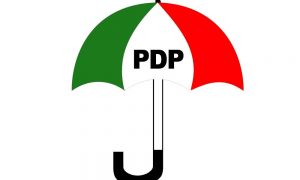 Two hundred members of the All Progressives Congress, APC, in Cross River State have dumped the party and declared for the opposition People’s Democratic Party, PDP.

The members who are in Ward Eight in Calabar Municipality and led by Ita Asuquo Ayi said said the APC lacks vision and has no good plans for the development of the state therefore they cannot remain in the party.

The members under the aegis of G18 and led by said their decision to leave the APC and join the PDP is predicated on the fact that those who recently defected to the APC in the state only joined the party to destroy the glory built by the PDP over the years in the state.

” We thought that those who defected to the APC went in there to build the state but they did not go into the parry to add value but went with the agenda of destroying the glory that has been built over the years in the state ” Ayi stated.

He said the G18 will strengthen the aspiration of Senator Gershom Bassey who has been a lowering figure in the political advancement in the state to contest the gubernatorial election in the state in 2023..

Senator Gershom Bassey has proven over the years to provide effective representation. It is therefore only necessary that we give him the needed support to move the state forward”

The defected members set a heap of their brooms alight and chanted the slogan of the PDP.

They were received into the party by the Ward Eight Chairman of the PDP who promised to give them proper pride in the party.

The Taliban And Global Security