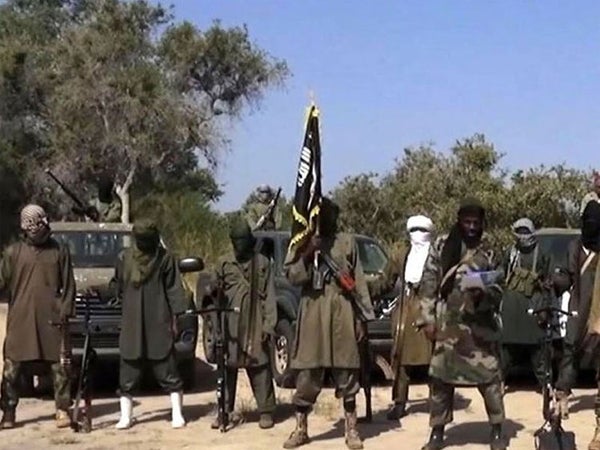 Not less than 13 soldiers of 198 battalion were killed Tuesday along Damboa-Maiduguri highway in Borno State when they ran into an ambush laid by Boko Haram/ISWAP terrorists.However, 17 of the terrorists were killed by troops of Operation Lafiya Dole in a counter-ambush attack at Damboa same day.

However, confirming the development, the military high command remained silent on the Bulabulin ambush and the casualty.

It only gave an update on the Damboa counter ambush during which 17 Boko Haram terrorists and two soldiers  lost their lives, bringing total number of soldiers killed to 13.

The military high command said: “In continuation of their sustained onslaught against remnants of Boko Haram/Islamic State’s West African Province criminals and their collaborators, the gallant troops of Operation Lafiya Dole under the subsidiary operation, Operation Kantana Jimlan, on Tuesday, July 7, successfully eliminated 17 terrorists after a counter-ambush along Damboa-Maiduguri road in Borno.’’

In a statement by Major General John Eneche, Coordinator, Defence Media Operations, the military noted that the troops displayed their combat superiority against the terrorists, as part of their heightened offensive operations across the theatre.

The statement read:  “Relatedly, on Tuesday, July 7, 2020, the troops of 25 Task Force Brigade deployed at Damboa in conjunction with elements of Sector 2 Special Forces while on clearance operations along Damboa – Maiduguri road, made contact with a Boko Haram/Islamic State’s West Africa Province criminals’ ambush team along their axis of advance.

“Instinctively, the valiant troops outflanked and engaged the criminals with overwhelming volume of fire power, forcing them to withdraw in disarray.

“In the aftermath of the encounter, 17 Boko Haram/Islamic State’s West Africa Province criminals were neutralized as several others were believed to have narrowly escaped with varying degrees of gunshot wounds, while a cache of arms and ammunition were equally captured by the gallant troops.”

“Regrettably, two valiant soldiers paid the supreme price, while four others were wounded in action.  However, the wounded soldiers have been evacuated to a military medical facility and are currently responding positively to treatment.

“Meanwhile the Theatre Commander, Operation Lafiya Dole, has been directed to immediately deploy a Special Forces Battalion to reinforce and dominate Damboa-Bulabulin-Maiduguri axis to completely deny the terrorists any chance of escape during the final assault against the criminals.

“Members of the general public, particularly residents of the area, are also requested to remain calm, law abiding and continue with their routine activities as all necessary measures have been put in by the theatre command to ensure all routes are safe for commuting without fear of attack by the criminals.